The safeguards have failed. Red emergency lights flash as you stand in the lobby of the Bureau.

The Monolith crumbles at the hands of a catastrophic incursion.

Reality itself is at stake.

There for different reasons, your group is now the only hope of stopping the encroachment of the Shadow.

WHAT IS THE BUREAU?

The Bureau is a dungeon crawl for Liminal Horror. Journey into the bowels of the Monolith, the labyrinthine headquarters of a government organization charged with controlling the paranatural. A corrupting Shadow has made its way into the halls of the Bureau, compromising the organization and threatening the existence of life on Earth.

Players (3-5) will change as they gain fallouts and Resonant Artifacts in the hope that they become strong enough to stop what is coming. The text is presented as an operation manual put out by The Bureau, with governmental redactions and notes. It itself is a meta-in-universe artifact.

“The office as modern dungeon in this love letter to Control and Gradient Descent.”

This module explicitly engages with oppressive governmental systems. The Bureau, as an organization, exploits and harms, and,as a structure, it and its employees often work against the well being of humanity.

Along with elements of body horror, gore, and helplessness, the module deals heavily with themes of corruption, which play into Liminal Horror’s Fallout mechanic. The horrors encountered through the course of play leave their mark on the Investigators, with those lost becoming pawns of the Shadow. As this deals directly with player agency, we highly recommend talking to your players ahead of time to ensure they are comfortable with exploring these themes. Removing Fallout or substituting with the standard entries in Liminal Horror will not change the content of the module in a substantial way.

In order to download this ttrpg adventure module you must purchase it at or above the minimum price of $10 USD. You will get access to the following files: 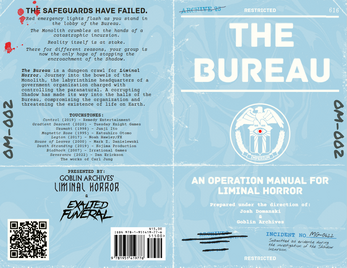 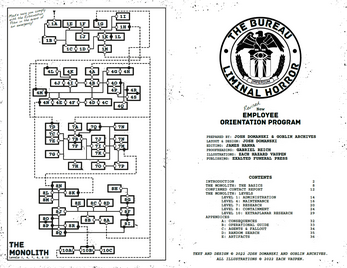 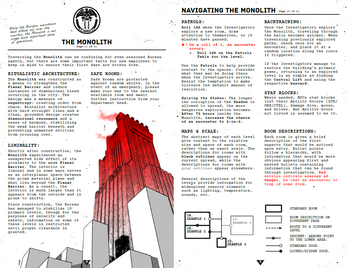 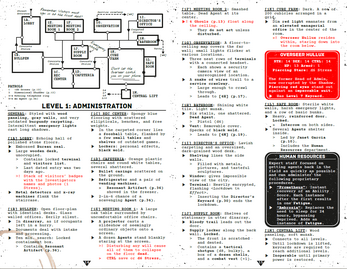